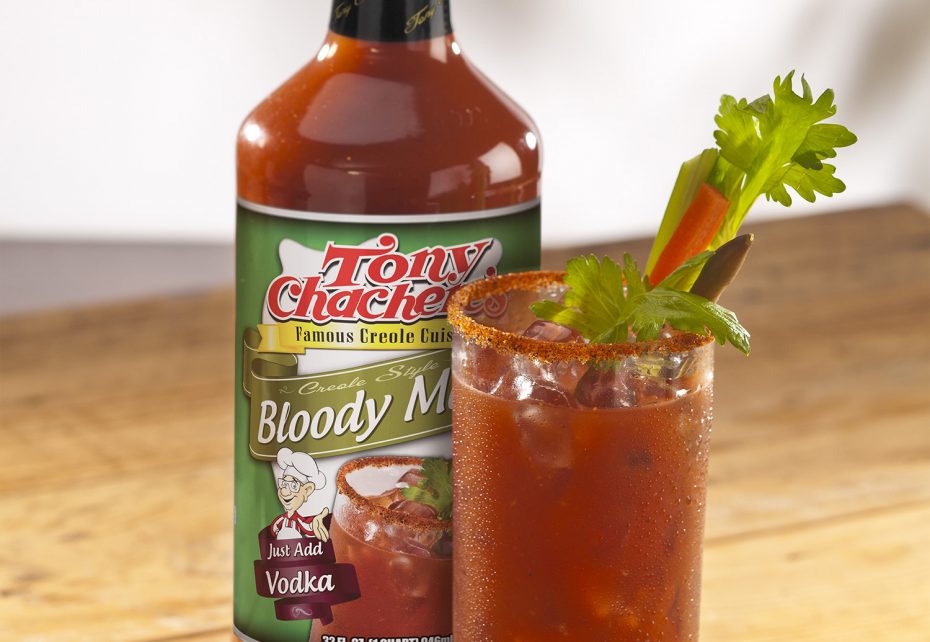 Opelousas, Louisiana – The world’s most complex cocktail just got simpler, zestier, and a lot more versatile! Famous for its Creole authenticity in seasonings, mixes and marinades, Tony Chachere’s has created and launched a Creole Style Bloody Mary Mix.

The Creole Style Bloody Mary Mix was born primarily because people were coating the rims of their Bloody Mary glasses with Tony Chachere’s Creole Seasoning for decades; in fact, this had become a tradition in numerous households and places where Bloody Marys were poured.

“It’s part of the culture here. People love Bloody Marys, especially in the south, but all over, really,” said Don Chachere, President/CEO of Tony Chachere’s Famous Creole Cuisine. “For a long time, people have been putting our seasoning on the rim of their glass when they make Bloody Marys, so making our own Bloody Mary mix just made sense.”

According to Cindy Adams Ardoin, Tony Chachere’s Food Scientist, “It only took three rounds of testing to get it where we wanted it to be. When we decided on the final recipe, we tested it and the reviews indicated people loved the spicy “kick,” and the simplicity of just adding ice and vodka.”

“There are some ingredients we use to make our Bloody Mary mix unique,” said Jude D. Tauzin, Corporate Chef. “You just have to try it to see for yourself. It has a little bit of a spicy taste to it, and overall it has its own taste that no other company has been able to match.”

Where did the Bloody Mary originate? It depends on who you ask. Some claim it was at the 21 Club in New York City, while others assert it was at The New York Bar in Paris. Nonetheless, the Bloody Mary migrated south and has become a southern staple and tradition in its own right. Known as the “The world’s most complex cocktail,” main ingredients include tomatoes, limes, lemons, olives, red peppers, horseradish, spice, Worcestershire sauce, garlic, anchovies, tamarind, salt, garlic, black pepper and ground celery. It certainly is not a simple cocktail, but one with many flavor notes and spice overtones. But Tony Chachere’s makes it simple, because everything is in the bottle except the vodka and ice.

As a substitute ingredient for tomato juice in recipes, Creole Style Bloody Mary Mix could become the secret addition to a great variety of baked goods, sauces, stews and other cocktails. It has already been used to add life to tomato soup, to make biscuits, as an addition to shrimp Creole, and as a flavoring for dressings and marinades. Chefs and home cooks are sure to find many of their own additional uses for the mix.