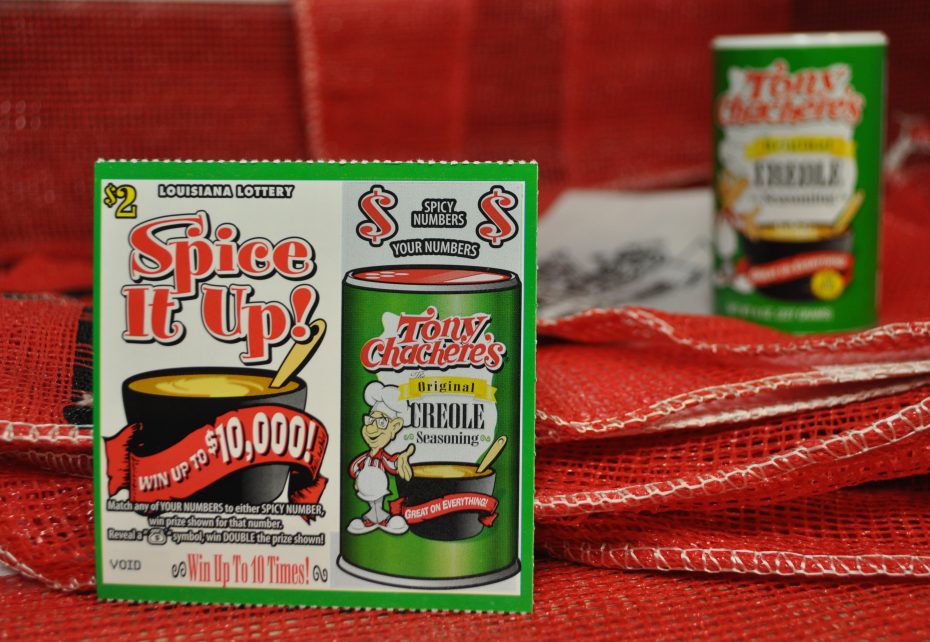 Opelousas, LA – The Tony Chachere’s 2015 Spice It Up! scratch-off Louisiana lottery ticket was wildly successful – so much so, it was recently named an award winner. The North American Association of State and Provincial Lotteries (NASPL) chose the Tony Chachere’s Spice It Up! campaign as the winner of its 2015 national competition.

Produced in association with the Louisiana Lottery and developed by Tony Chachere’s Famous Creole Cuisine™ along with its advertising agency, Benedict Advertising and Marketing, the campaign captured the “Best New Instant Game” distinction for its lottery ticket that features Benedict client Tony Chachere’s.

When introduced in March 2015, it was quickly apparent that the $2 scratch-off game was a hot seller – outpacing all other $2 games in the state. It was so successful, the Louisiana Lottery ordered almost 500,000 additional tickets to meet consumer demand, bringing the total to 1.4 million tickets.

When it was all said and done, Spice It Up! sales were 51 percent better than other $2 Louisiana games in 2015.

Michael Benedict, President of Benedict Advertising and Marketing, pitched the idea to Tony Chachere’s and the Louisiana Lottery more than year ago, bringing the two entities together to create a natural association and synergy with which Louisianans can easily identify.

“The Lottery had a long history of partnering with Louisiana brands to celebrate the state’s unique heritage; a perfect fit given Tony Chachere’s position in Louisiana’s culture and tradition,” said Benedict, who heads the largest advertising agency in Daytona Beach, FL. “It’s an endearing brand that captures the entrepreneurial spirit of Louisianans and their love of home cooking and entertaining.”